Living in Shonai, we like to keep things simple. We only use a handful of ingredients (six for
both of our current flavors), and never use ingredients whose name you wouldn’t recognize
or know how to pronounce.

Our bars are wholefood snacks that provide durable energy for whatever it is you’re doing.
There are no added sugars, dairy, or overly processed ingredients your body doesn’t need.

Our bars are made right here in the Shonai plain of Yamagata prefecture. We source local
rice from a regenerative agriculture farm, and donate 10% of profits to efforts rejuvinating the
Japanese countryside. 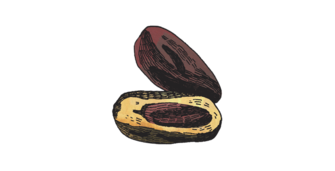 Dates contain naturally occuring sugars and Fibers to provide sweetness and make you feel full longer. They also keep everything conveniently bound together in a bar shape. Talk about effective multitasking! 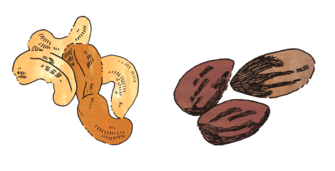 Nothing beats almonds and cashnewnuts when it comes to texture and nutritional quality. That’s why we like them so much. We don’t roast our nuts, but they are briefy heat-treated to ensure safe consumption. 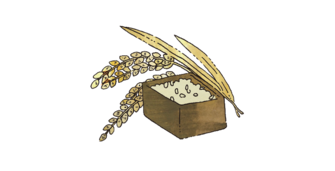 Rice bran is the outer layer of rice. It’s what makes brown rice brown! It has a high nutrient densitry and is rich in dietary fiber and essential fatty acids. We source our rice bran from naturally cultivated rice, not exposed to chemicals or fertilizers. 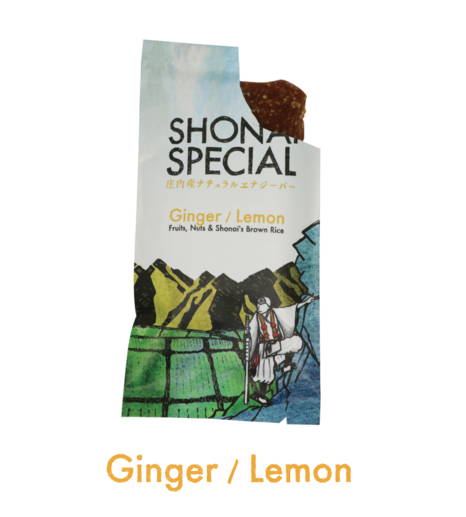 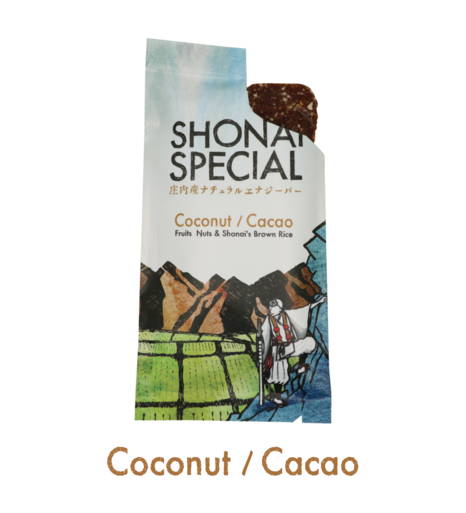 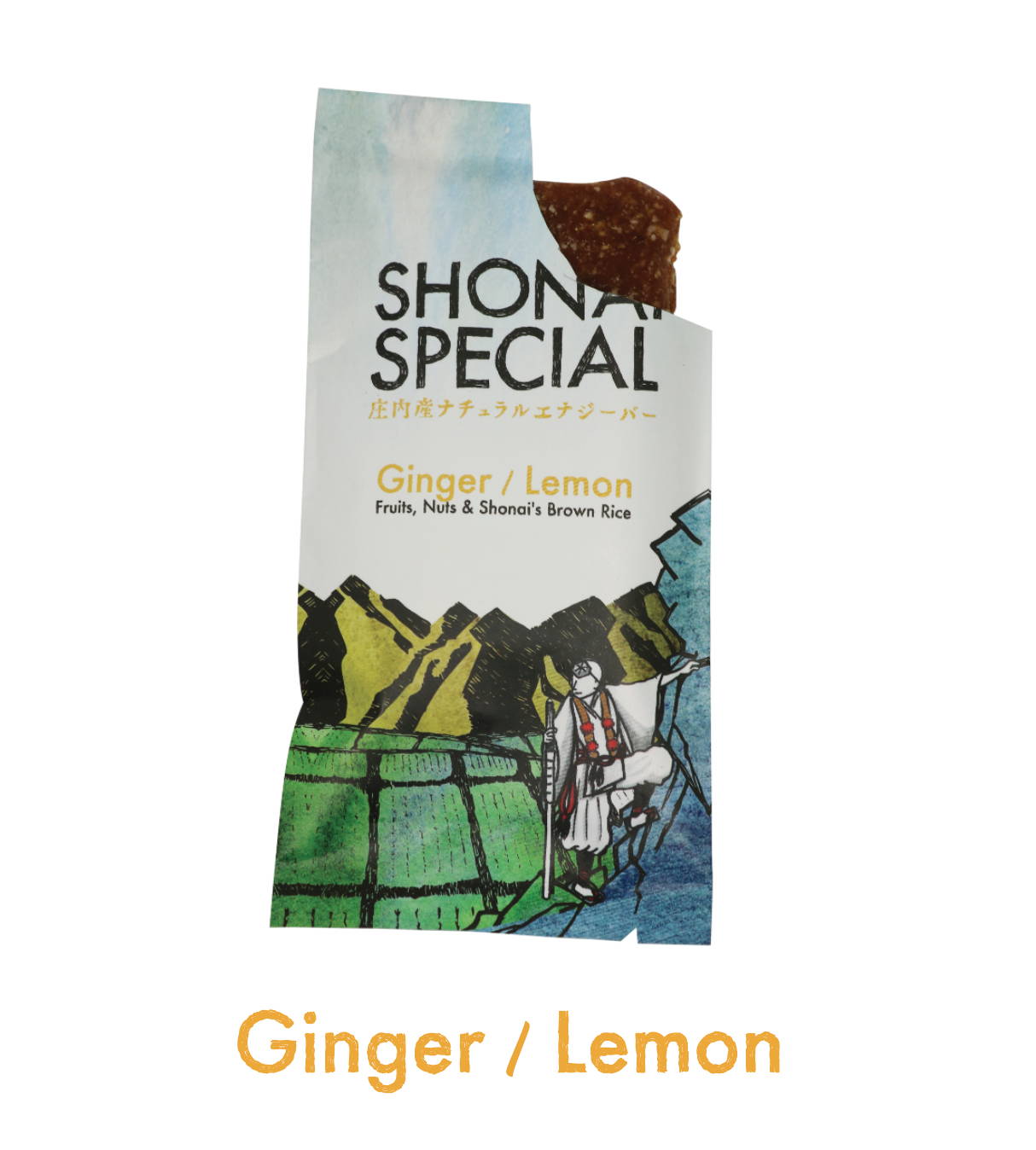 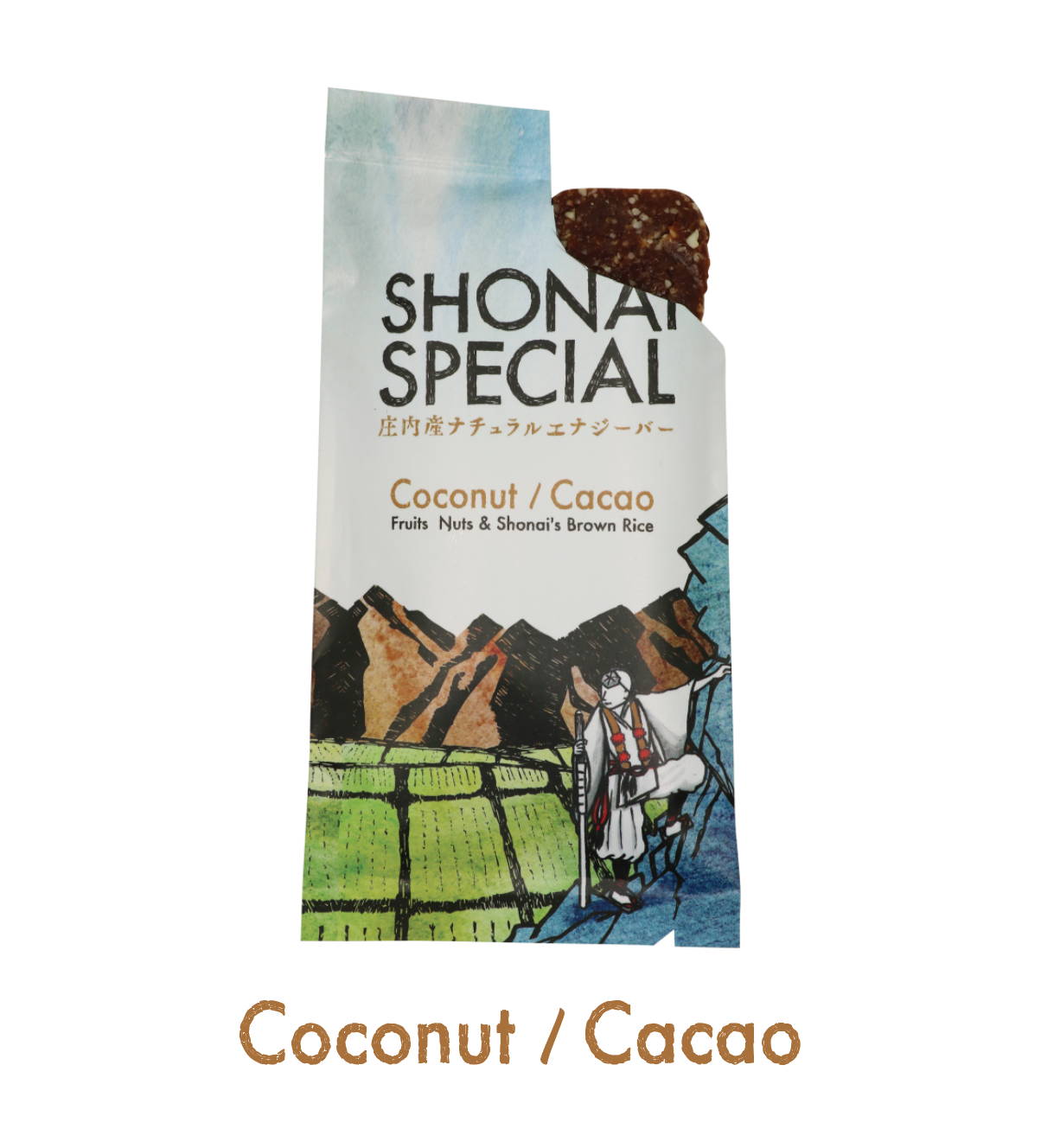 Since our bars are made in Shonai, we want them to reflect as much of this origin as possible. Our first local ingredient therefore comes from Shonai’s most legendary and well- known food product: it’s rice.

Specifically, we use rice in the form of rice bran, the most nutritious part of the rice grain that most people discard to make white rice.

Although we could pick up rice bran for free at any of the many 産直 around town, we want to make sure our bars are as nutritious and natural as possible. To realize this vision, we teamed up with a farmer we greatly admire for his natural rice growing practice: Arao Kanshiro. 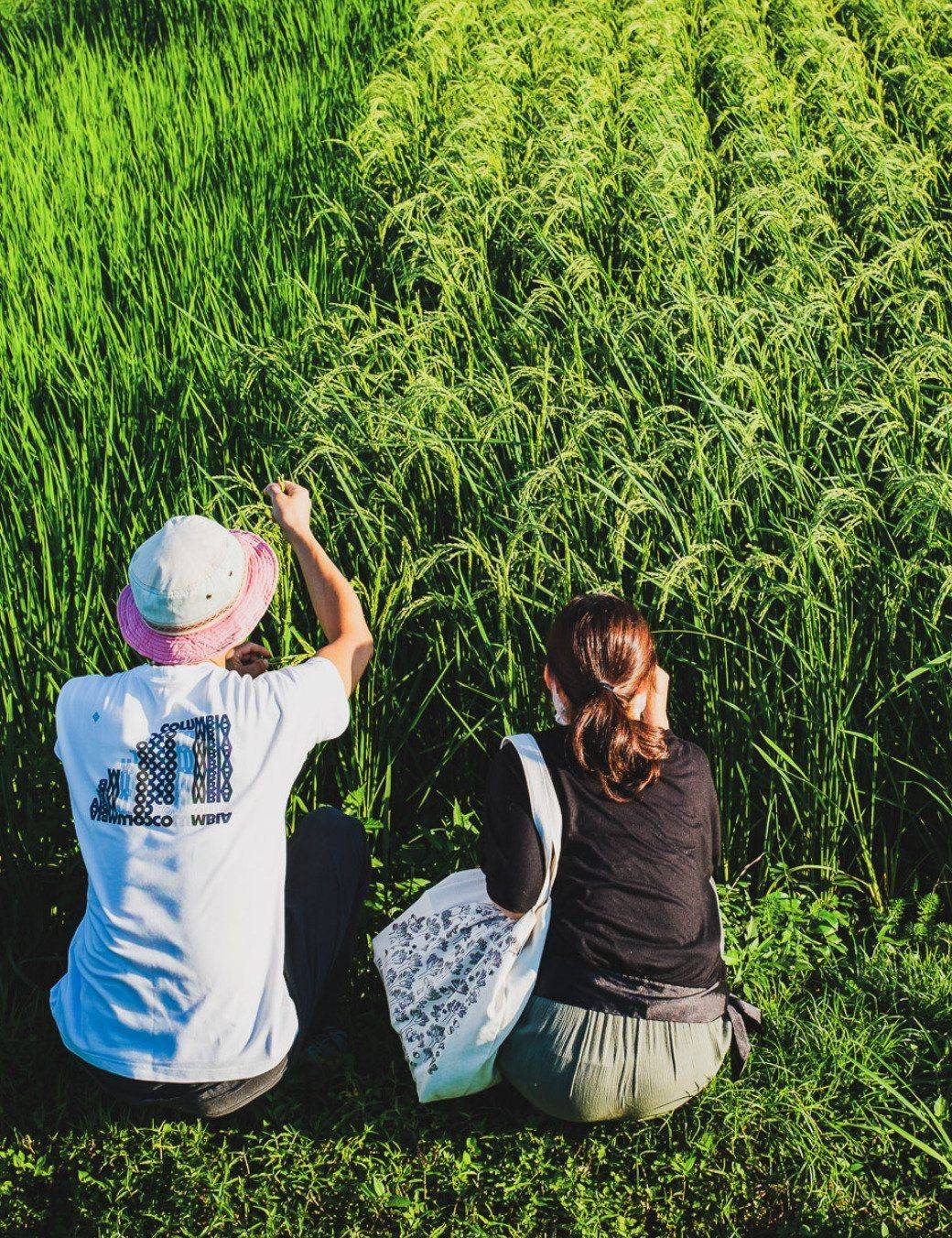 Arao does things differently than most farmers. He grows his rice without using any pesticides or fertilizers whatsoever. Instead, he works with
nature to grow an ecosystem in which his rice flourishes naturally.

We have visited Arao’s farm and seen the impact of this up close. The effect is striking. From a distance, Arao’s fields look just like any other of the beautiful rice fields that dot the Shonai landscape. Take a closer look though, and one sees amongst the rice fields a luscious ecosystem of flowers, plants, and insects. Normally, such ‘weeds’ and ‘pests’ would be exterminated by the application of chemicals. Arao, however, has chosen to manage his fields without such chemicals. In fact, by allowing for the co-existence of such a well- balanced ecosystem, there is not even any need to apply fertilizers. The land and soil is nourished in and of itself instead.

Although Arao’s rice yields are not as high as those of the typical commercial rice farmer applying plenty of artificial fertilizer, the nutritional quality of his rice is beyond any doubt some of the highest grown in Shonai. His rice is much sought after by natural food restaurants, and his customers swear by his naturally cultivated rice. We are happy and proud to use Arao’s rice bran in our bars. 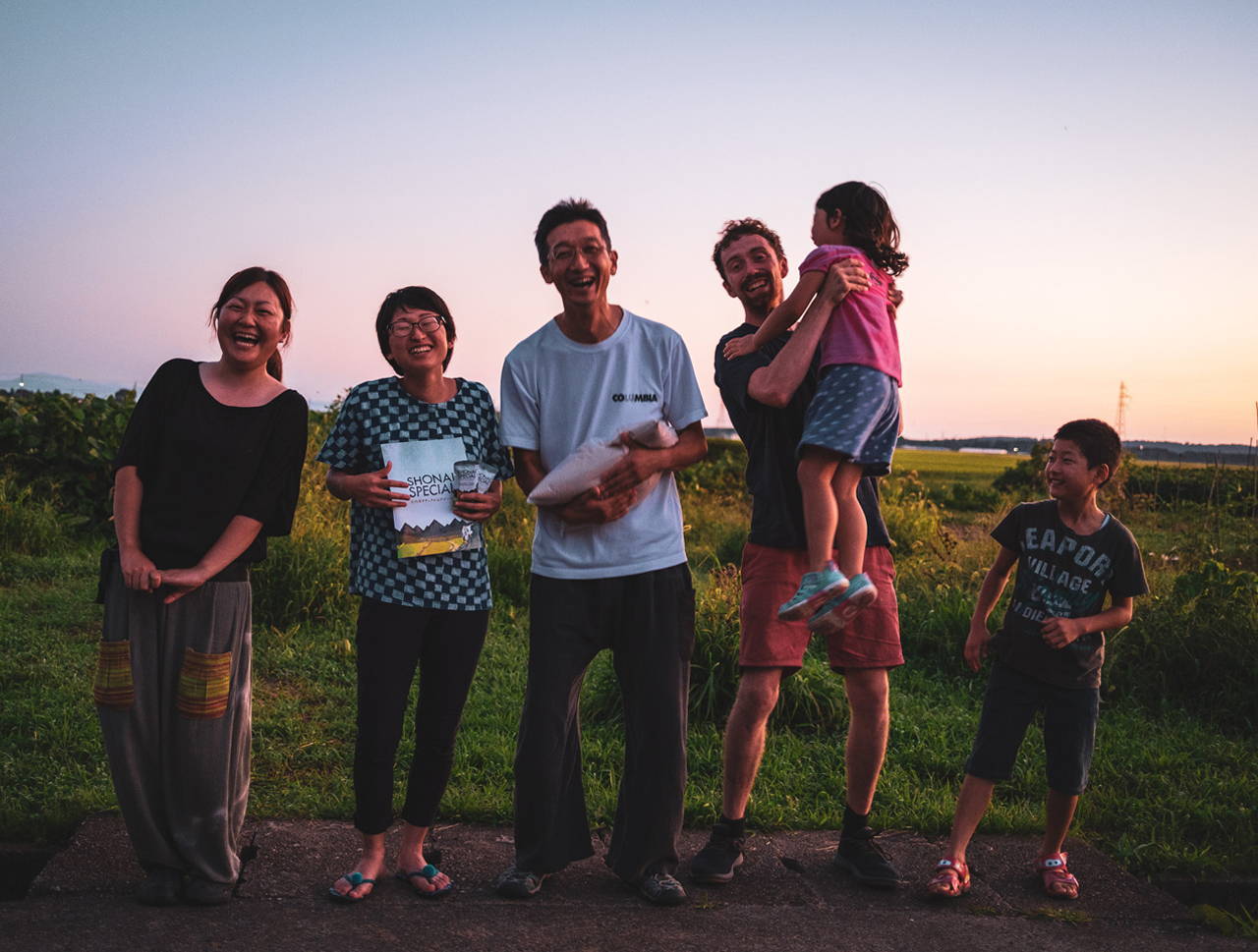 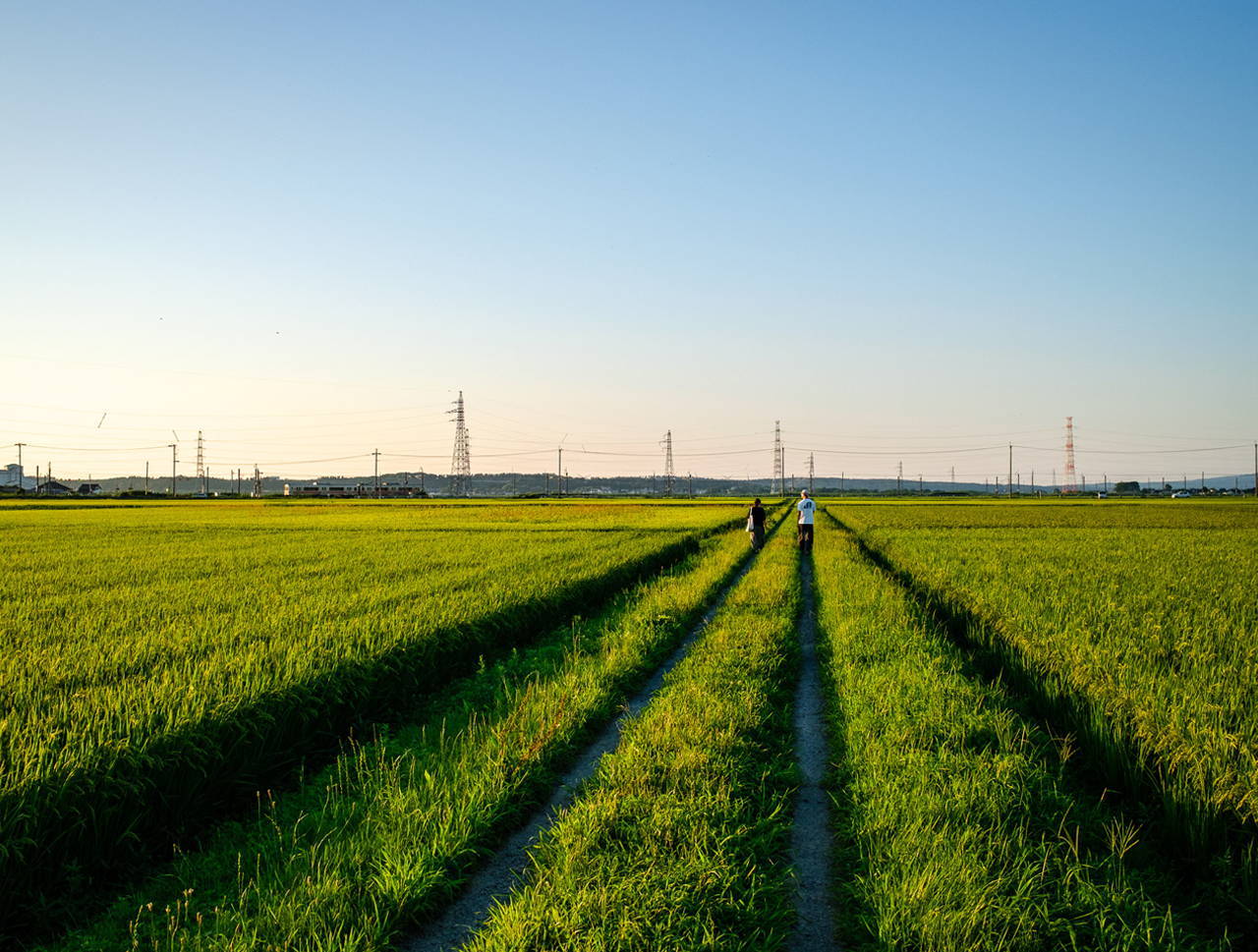 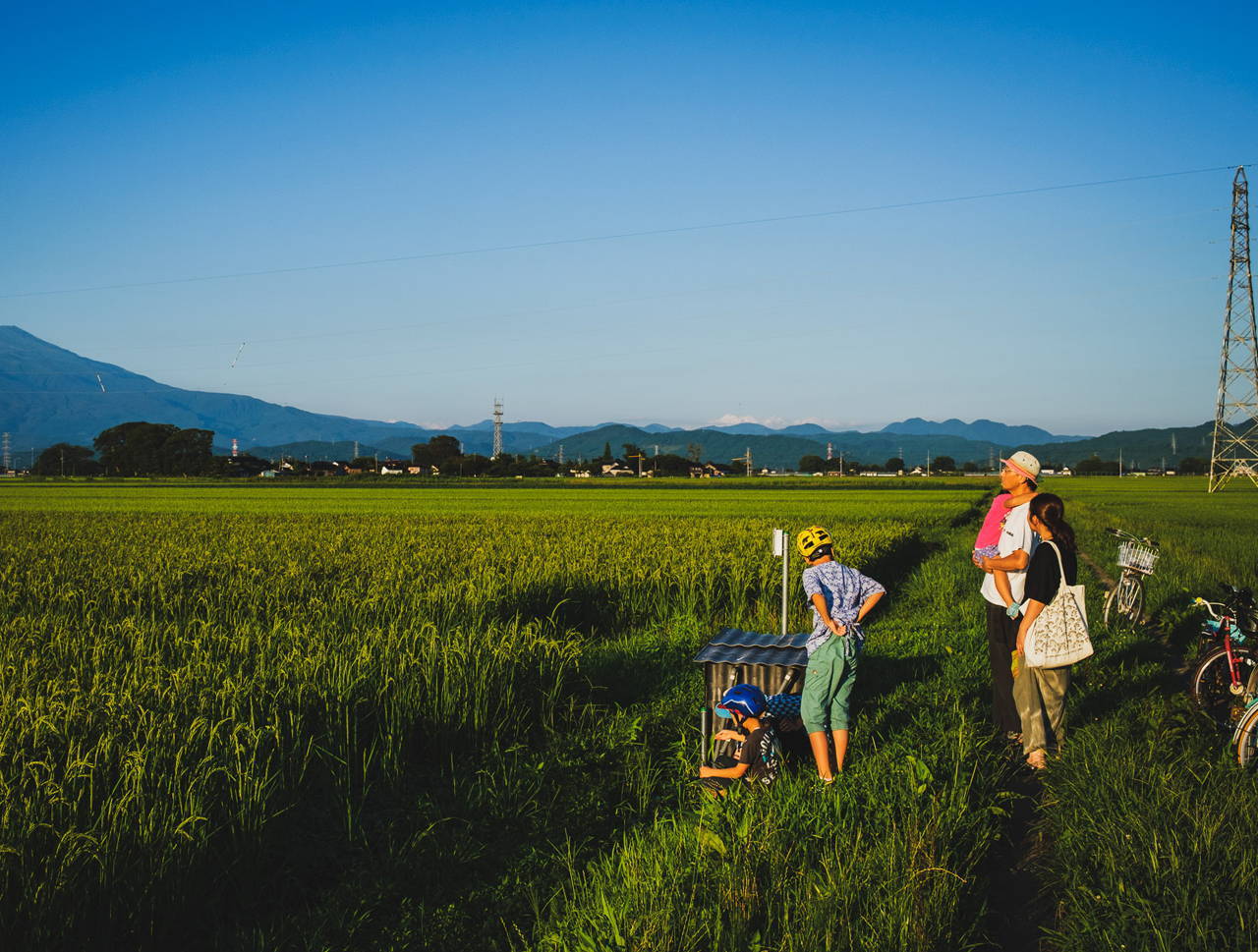 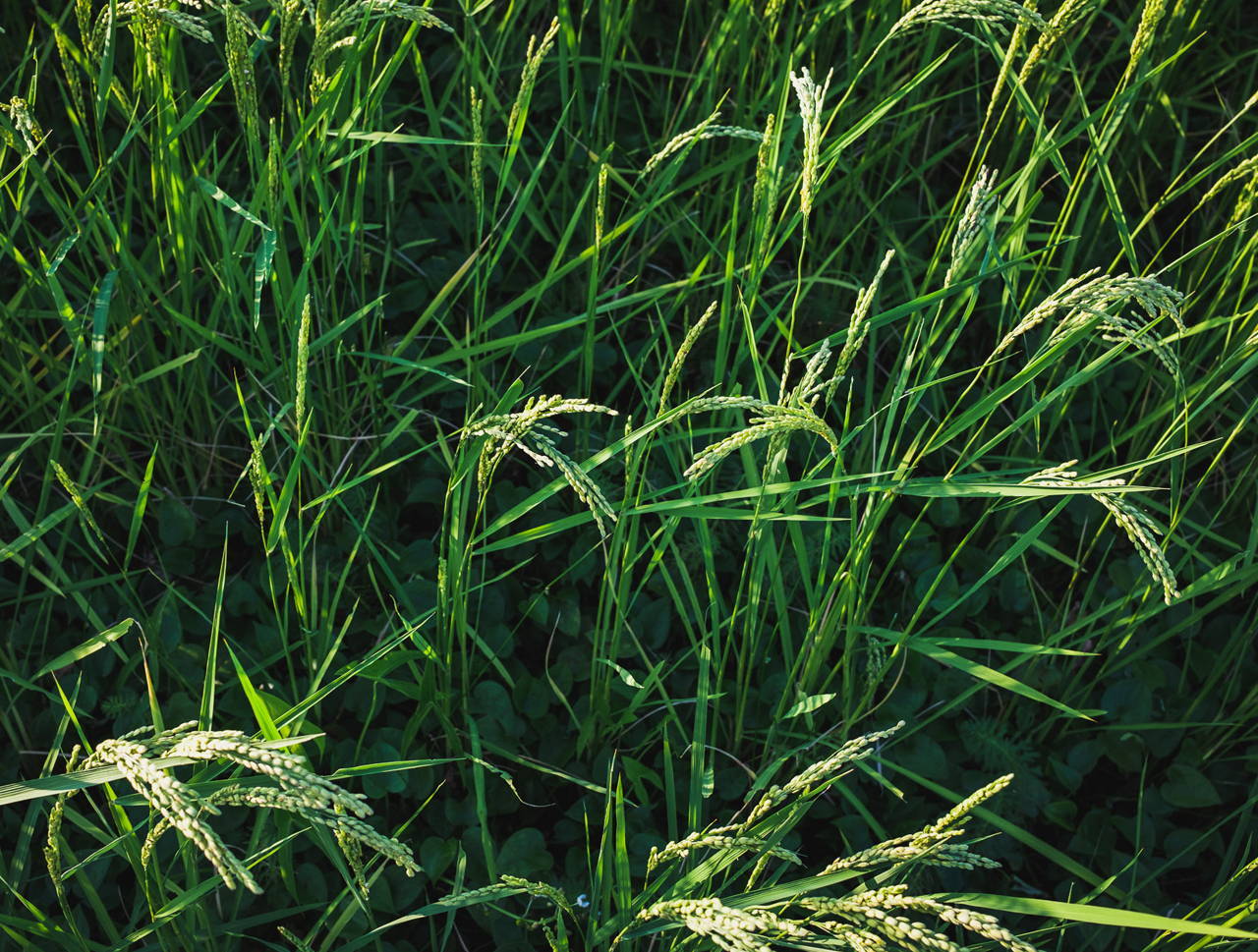 All our products are made locally in our dedicated production facility in Fujishima, a small town next to Tsuruoka in Shonai. Here, we’ve rented a ramen shop that closed long ago. We renovated this shop, turned it into a certified production space, and equipped it with the tools for small-scale energy bar production. After we wrap up a production run, we usually finish the day with some ramen and kimchi at the Korean restaurant right next door.

The Shonai Special is currently the only product that we make, so our equipment does not come into contact with other types of food products. 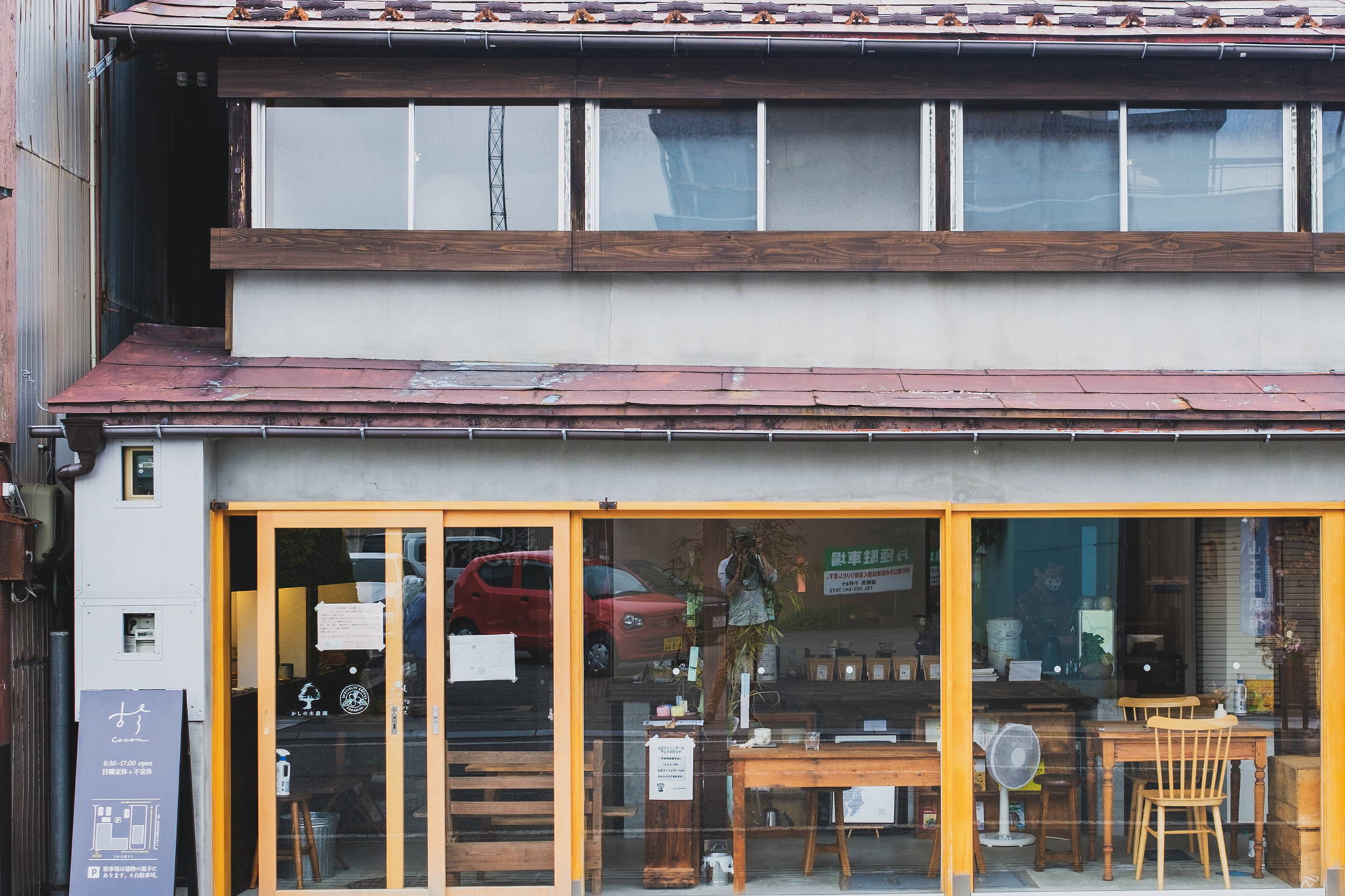 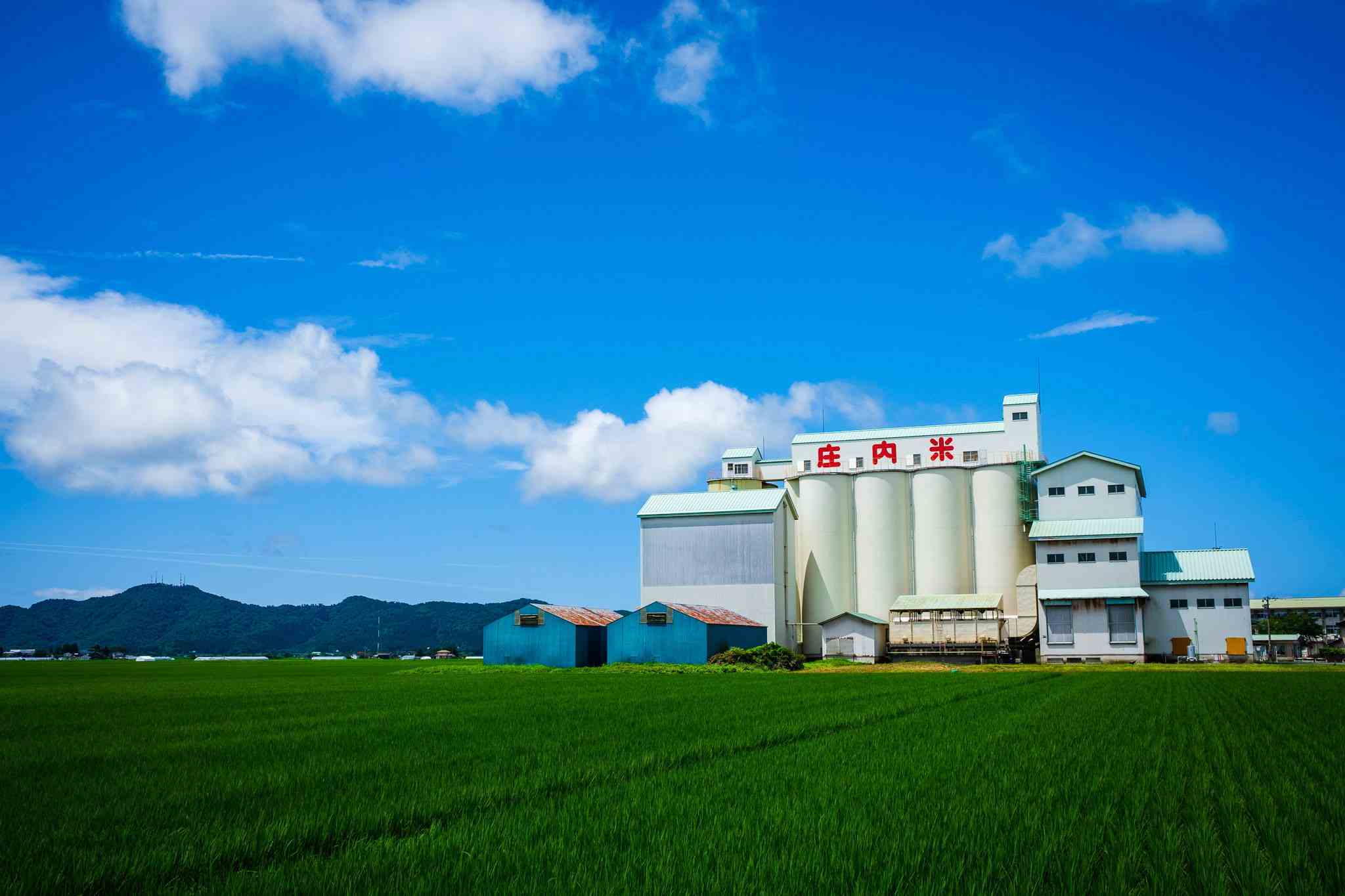 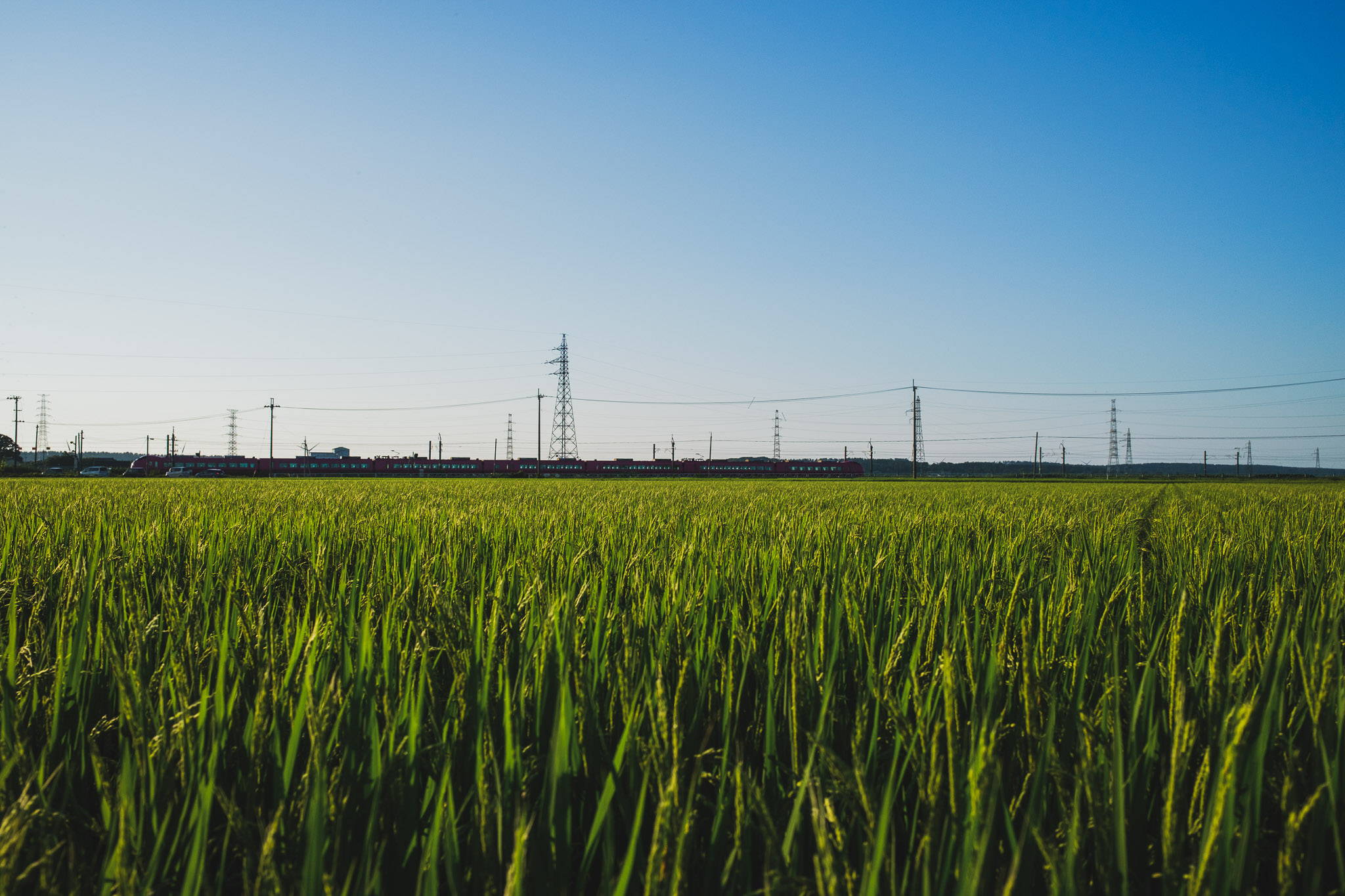